What is a Root Canal?

In the past, a badly infected or damaged tooth was removed.  Dentistry has evolved and removing teeth can cause potential side effects.  The goal of modern dentistry is to save as much of the original tooth structure as possible and extract the tooth only when necessary.  A root canal is a treatment aimed at saving a badly damaged tooth.  The damaged or infected area of the tooth is removed (the pulp) and then cleaned, filled back up, and finally sealed.  The term “root canal” comes from cleaning of the canals inside the tooth’s root.

Root canals are tiny passageways that branch off inside your teeth and contain nervous tissue.  As teeth age, the pulp, containing blood vessels, nerves, and other tissues, might become inflamed or infected.  As the infection or inflammation spreads, it can affect the root canals which contain nerves and blood vessels.  This can cause extreme pain and sensitivity.  Even worse, a spreading infection can eventually progress to an abscess.  If left untreated, an abscess can potentially cause life threatening conditions.

To prevent the spread of infection, abscess formation and pain, Root Canal Therapy is performed.  It involves removing the infected tissue to prevent further damage to surrounding teeth and tissue.  Once an adult tooth has emerged from the gums, the nerves in the root canals serve no purpose except to sense cold, heat, and other stimuli.  Removing the nerves (pulp) and infected tissue is a standard part of root canal therapy.

After removing the infected tissue, the canals are reshaped and filled with an elastic material, then later the healthy portion of the tooth is restored.  Often times a permanent seal is made using a crown.

Tooth extraction was formerly the only way to treat a diseased tooth and root canals.  Now,  root canal therapy allows the damaged tooth to be saved and then restored.  It is important to catch infections as quickly as possible, so make sure to schedule an appointment whenever you experience tooth pain.

Symptoms of a Dental Abscess or Infection:

Do I Need a Root Canal?

Only a trained dentist can answer this question.  It is possible that your issues could be caused by something simpler and less invasive to treat.

When a tooth is removed and not replaced, the teeth around it may shift. This can make biting and chewing difficult and may make it harder to clean your teeth. Areas that are not cleaned well are more likely to get gum disease.

Saving the natural tooth with root canal treatment has many advantages:

The Importance of Getting an Infected Tooth Treated

A tooth that gets infected can turn into an “abscess” and can even cause damage to the bone that holds the tooth in place.  Not only are abscessed teeth painful, if left untreated, the infection from an abscessed tooth can turn into “cellulitis” which is very serious and can produce a life threatening condition such as “angina”.  For this reason, it is important to treat any infections in your teeth or gums. 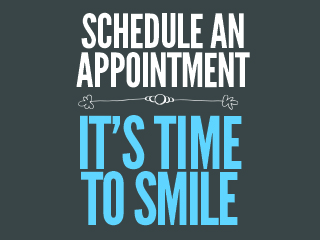